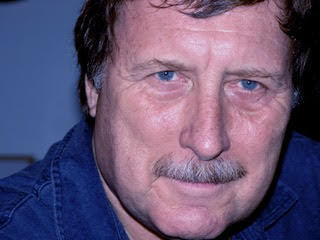 Bearstone Blackie, Detective
The world's first black bear detective investigates fairy tales, comic strips, and Hollywood
Hemingway in Hawaii: War Would Come, Death Would Follow
"True to the Hemingway style yet also the author's own style meshed in. Couldn't put the book down" Rudolf Waldner, reviewer.
Captain Mike's Honolulu Fright Night Tour
Ride along with Captain Mike and tour guide Yvette as they bridge both sides of the darkened veil.

Hemingway, Memories of Les
What was it like to be an accomplished writer and the brother of Ernest Hemingway?

Veteran print and broadcast writer Ray Pace is a member of the Authors Guild and the Alliance of Independent Authors. He is founding President of the Hawaii Writers Guild, and a member of the Waimea Writers Support Group.

His works of fiction are:

His book, Hemingway, Memories of Les is a memoir dealing with Pace's friendship with Leicester Hemingway, author of My Brother, Ernest Hemingway.

Some of the places Ray Pace has worked as a writer:

Pace has also worked for a consortium of record and video labels, handling publicity for the San Francisco Bay Area. The fifty labels featured jazz, country, new age, and blues. He lives in Waikoloa Village on the Big Island of Hawaii.