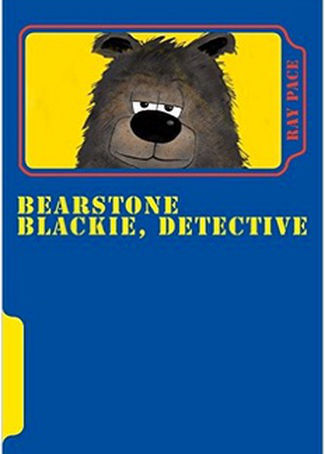 It was a quiet morning at the Bear With Us Detective Agency. Wolfie and I were enjoying lemon cannoli from the Hungry Bear Donut Factory. We had root beers from the Thirsty Wolf Root Beer Factory and were reading the latest stories from two of our favorite sources, the National Inquisitor, and the El Bruno Gazette.

“Wee Willie Winkie ran through the town, upstairs and downstairs in his nightgown, rapping at the windows, crying through the lock and asking if kids were in bed because it was eight o’clock.”

“You sure it’s Winkie and not Wilkin? The cop story in the Inquisitor says that Willy Wilkin kissed the maids a milking and with his merry daffing he set them all a laughing.”

“What’s that mean?” Wolfie asked. “He’s got a merry daffing? What’s it do, tell jokes? Who writes this garbage?”

“Wow, look at this.” I turned the front page of the Inquisitor toward Wolfie. The headline screamed, “International Serial Killer Suspects at Large, Hundreds of Victims.”

“Read that one to me,” Wolfie said.

InterCop Director Jacques Clouseau announced a worldwide manhunt is on for three suspects. Clouseau alleges the three were behind hundreds of murders in Europe and the United States. Authorities are searching for Jessica Fletcher of Cabot Cove, Maine, Jane Marple of St. Mary Mead, England, and Hercule Poirot of Belgium.

“These are people who wrote the book on murders and then went and pulled them off,” Clouseau said. “They were clever as minkies in every case, pretending to solve each case, while skillfully blaming innocent people for their dastardly crimes. Fletcher alone is responsible for over 260 deaths. Some of her victims received a bimp on the head by a blunt object. Her series ‘Murder, She Wrote’ should be retitled ‘Murder, She Wrought.’ Marple and Poirot are cut out of the same ugly cloth, posing as innocents while doing their dastardly deeds.”

“Could be something to that,” I said. “Think about it. Every time one of them showed up somewhere, some poor bugger died.”

We sipped our root beers and crunched another cannoli.

“Here’s one about that local gang of toughs, the Simple Simons,” Wolfie said. “Seems they met a pie man heading to the fair. One of the toughs says to the guy, ‘we want to taste your ware.’ The pie man ain’t no fool. He says, ‘show me the money.’ The toughs say, ‘we ain’t got any.’ They’re about to grab the goods when Mr. Pie Man introduces the boys to Mr. Smith and Mr. Wesson. Couple Simple Simons won’t be tasting pie unless they’re serving it in the after-life. El Bruno’s finest showed up after the gunplay and got the pie man for carrying without a permit.”